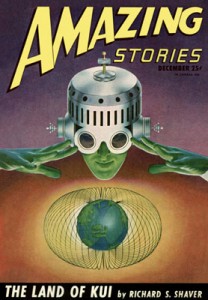 Video producer friend Rod Rich once implored me to keep asking him for help (free or barter production), because every time he agreed to help me, paying work started coming in and he’d have to put me off for awhile.  (Note:  he always came through for me anyway!)

Some time ago, voiceover friend extraordinare Melissa Exelberth put out a call for volunteers to help Gatewave.org provide recorded material for the blind and visually impaired on a scheduled weekly basis.  This was shortly after the first Faffcon, and I was feeling especially gifted with free help myself.  So I figured this might be a good way to give back.

Gail Starkey at Gatewave was very encouraging.  And she surprised me when, going over possible reading matter for me to record, she mentioned she’d thought of having a weekly hour of old science fiction short stories.  That appealed to my imagination far more than reading articles from Forbes (no offense, Forbes), so I pounced on that.

It’s been 26 weeks, not counting a few re-runs.  “Beyond The Universe” now runs multiple times in their Sunday schedule each week.

And while my choice means I have to spend more time editing and making sure my content fits the exact run-time of Gatewave’s hourly format (I can’t just cut off the end of a story the way a news editor can), it has been very rewarding.

Gail and company let me choose the writers and stories I want to read.  It’s been an excuse to pull out those dusty paperback compilations in my library…and search out free stories online which I remember from recordings of NBC’s series “Dimension X” and “X Minus One” from the 1950s.

And while it was another instance of taking on more than I could initally handle, the experience (much like my volunteer stage work noted in previous posts) has helped me expand my narrative powers.  It’s fun, it’s good vocal exercise, and I have noted several times it’s helped my delivery on paid narration, e-learning, and commercial reads of late.

Plus, while I’m not in position to know if anyone besides Gail is actually listening, I have hope these readings are transporting someone somewhere into worlds of imagination they’ve been deprived of till now.

Heck, it may eventually be enough to get me into audiobooks before all is said and done (and recorded and edited!).

And while I make absolutely no guarantees…I did notice more paid jobs AND their deadlines coming in, shortly after I agreed to give my time away.