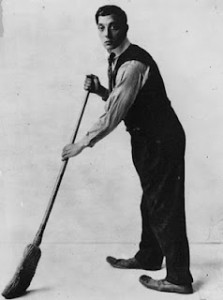 In the interest of disclosure (not to mention Closure) as to details over recent unpleasantness, I’m offering some final words.   Okay, I doubt they’ll be the final words, but they’ll be the last you’ll see here.  And most of them aren’t my own words, but those of the various parties involved on both sides.  Treat the links below as reference material.  Point to them and my previous posts if anyone asks what all the fuss was about.  That way, no one will have to go back over the same sorry ground again and again as attempts are made to move on.

If I was worried about my reputation being hurt by my so-called presidency at the association of voiceover artists known as SaVoa, I guess I can rest a little easier.  My own concerns are nothing compared to what the founder/creator of the group ought to be feeling right about now, after calling out practically everyone who has tried to help make his original vision a reality as a traitor and a hijacker.

The backlash has not been pretty.  The embattled creator has pulled the wagons in a circle, taking total control over what was purported to be an open and co-operative entity, compiling an Enemies List while citing dubious legal mumbo-jumbo and threatening to sue anyone who speaks contrary to his authority.

But as one person with a longer history in the group than mine has stated:   remaining silent about what’s happened runs the risk of it happening again to someone else.

So in addition to what I’ve personally written before (and which I stand by), I’ve established links to:

…the document of the founder claiming victory over his disloyal minions here – http://i638.photobucket.com/albums/uu101/imagin8r/SaVoa_Documents/LetterToSaVoaFromEdGambill_April2012.jpg

…the very detailed rebuttal from the ex-Board Members and the questions they feel you should be asking the creator here –     http://i638.photobucket.com/albums/uu101/imagin8r/SaVoa_Documents/GroupResponseFromEx-Board_April2012_Page1.jpg

…and a scathing public comment from one of SaVoa’s other founding members (there were others????) here –

If this much time, pain, and effort had been put into creating membership benefits for SaVoa certificate holders instead of this endless play for power…the original aim of all the founders might have been accomplished by now.

(However, I am told on very good authority that if you still care at all about the original concept of an association of accredited professional voice talent, there may yet be a happy ending in the works.  I won’t be the one writing it, but I’ll be interested in what happens!)

So there it is:  what’s left of SaVoa and why.  I’m sorry to have been a part of it.  I’m especially sorry if I influenced anyone to join it.