I know, I know.  Seems like, more often than not, the bulk of your day is filled with people who are TELLING you what to think.

Here’s a brief, but refreshing change.  (And it’s not just some survey company, out to make money off your information.)

Head over to Peter O’Connell’s blog and voice for your top 3 picks for this year’s Fauxditions.  (See post below.)  The person who garners the most votes will get a free registration to Faffcon2 in Atlanta.

After that, you can blip to another site or turn on your radio, tv, or open a newspaper and get back to having everyone else tell you what your opinion is. 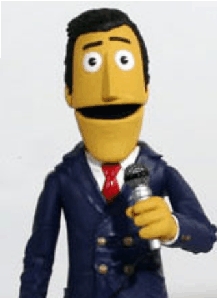 Great news!  Someone wants you to sound like an announcer!  (I know, when was the last time you heard THAT direction!?!!)

Better news:  you won’t have to stand outside at a cold intersection with a cardboard sign to get the invitation.

Better news yet:  while you won’t get tons of fabulous job offers and a place to live, you might get your admission paid to a great gathering of professional…and very sharing…voice talent in Atlanta next month:  the fabled Faffcon 2.

Friend Peter O’Connell [http://www.audioconnell.com] has come up with another in his series of Fauxditions.   Go to his website, read the directions, and send in what you think you’d sound like if you were the new announcer on The Price Is Right.  Male and female talent are equally welcomed.  Peter has sample script, directions, and even a music bed for you to use.  It’s all in fun, and you won’t find yourself on TV because of the audition…not even on Dr. Phil.  But the declared winner will receive free admission to the two-day Faffcon event.  Having attended the original gathering last fall in Portland, I can tell you this Un-Conference for voice talent is going to be a surprise-package of practical information no one can put a price on.  Part of the reason for that is:  no one really knows what’s going to be shared until we all get there!

You’ll also have a chance to automatically “give back” as well.  Part of every Faffcon registration is put into a group donation to a charity in the host city which somehow promotes what we do in our profession.  You can check the Faffcon 2 website to learn about this year’s recipient.

Start with the audio’connell website, follow the links, and set your “pipes” on “Announce”.  It promises to be fun…and this year there’s even a prize!  And even though I’ve indicated Faffcon itself is priceless, ya gotta admit:  if you’re winning free admission, The Price Is (DEFINITELY) Right!

Sometimes ya just gotta know when to use a pause to its best effect.

Radio/TV/Comedy legend Jack Benny knew that better than anyone.  He even let his writers poke fun at it in what turned out to be a classic exchange on his radio program, when confronted by a holdup man played by Mel Blanc.

Most pauses aren’t that funny.  Like the one I finally gave into today.  After an insane workload leading up to the end of last calendar year, January has been calm to say the least.  And what I have done, I notice doesn’t have the level of sharpness and energy I’d like it to have.  Today, with the community iced-in, and even the phones silent, I should have used the pause to finally work on my studio clean-up…or begin tax prep…or get on the phone and start trying to make new contacts.

Instead, I gave in, and spent the most productive hours of my day on the recliner, under a blanket, with sinus medicine, the ever-present diet coke, and one cat sleeping on my legs and another cat sleeping next to my head.

Sometimes a voice talent just needs to know when to be quiet, and use the pause.

…a status which I’m going to return to right now. 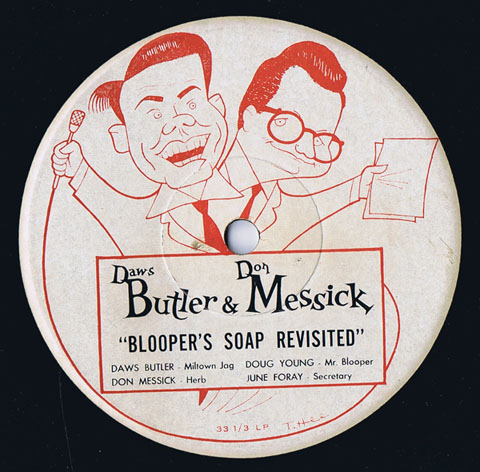 I don’t care if it’s a late Christmas Present or a New Year’s gift, I’ll take it!  Animation author and expert Jerry Beck over at CartoonBrew.com got permission to post a terrific little promotional record made by some of my early voice-actor idols:  Daws Butler, Don Messick, June Foray, and Doug Young.  And it still holds some true insight into the trials and travails of advertising copywriters (and even those of us who have to put up with client VO Wannabees!).

The post even has a picture of the record label, with caricatures by Disney artist/director Tee Hee (his real name).  It’s a lot of fun…at least it was for me:  a guy who grew up with Daws, Don, and the rest bouncing around my imagination during those early years of Hanna-Barbera cartoons like Yogi Bear and Huckleberry Hound, and the classic Stan Freberg spoofs which often included Daws Butler and June Foray in digs at the advertising industry.