If you’ve even thought about getting some training in voiceovers, you’ve at least heard the name, Nancy Wolfson.

She’s been lauded as a woman with an expert ear for what top-level voice casting people expect.  She’s been touted as a “tough-love” voice teacher who tells you what you need to know, even if it isn’t what you want to hear.

She’s also been (unfairly) depicted as someone who loves doing to voice talent and their demos what your little cousins used to do to your favorite toys when they came to visit. 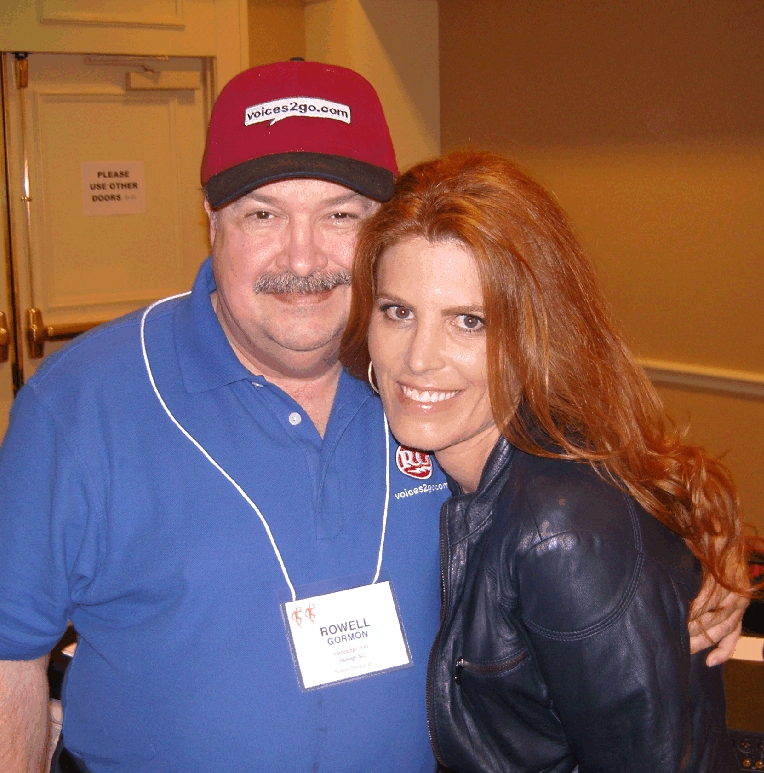 I’m biased.  I love Nancy Wolfson.   And I’m one of the many people who, if you’re bad-mouthing her, will ask you to step outside.  (Of course, being the coward that I am, I’d let you go first and then lock the door behind you.)

Anyone who’s bought into the myth that Nancy only lives to criticize should have been at the recent Dan O’Day International Radio Creative and Production Summit in Los Angeles.   There was plenty of fair criticism in evidence, but always preceded by something positive, and more importantly – specific suggestions on what could be changed.   …and why.

But even Nancy, in a moment of self-mocking humor, stopped and noted how little criticism this year’s crop of voiceover demos submited for the Critique-A-Thon came in for.  And she wasn’t just listening to work from her own students, in demos she’d produced herself.

Of course the self-serving part of me is writing this because I was one of the people submitting a newly-edited Commercial Demo.  Last year, Nancy had commented on the progress I’d made since the first demo she’d gotten from me the year before.  And even then, I was amazed and grateful she only had a couple of minor suggestions.

This year, I made some more changes, even though I had not been able to study with her.  What she’s taught me so far must have stuck, though.  Because as my new audio played out over the crowd, she kept nodding and saying, “Nice”, “Nice touch”, or “Very Nice” at the various clips.  After it finished she laughed at the realization she’d just given me five (5) “Nices” over the course of the piece.  And while there were still a couple of cosmetic tweaks suggested (two clips she thought sounded too much the same, “you’ve got other things you can use that real estate for”), it was another very gratifying moment for me.  Not just that she approved of what I’d put together…but that she was able to compare it from memory with demos she’d heard one time each over the past two years!

It also felt good when she used my new demo as an example to another fellow she felt was letting his talent for characters and archetypes smother his real, and marketable, “voice” (something she’s been after me about since the beginning).

My friend Bob Souer completed Nancy’s tele-course some time ago.  But he told me this weekend he’s arranging to start over, saying he feels he can get so much more out of her teaching, now that he has some more experience of his own.  That’s inspiring me to pick up where I left off with this very, very talented lady.

After all,  I’m not going to try and coast along on a “Five-Nice” rating the rest of my life.  And don’t think I was a Teacher’s Pet or anything.  She gave Rich Owen‘s Movie Trailer Demo an  A++++!    (I agree, for what that’s worth.)

So…back to my opening line:  if you’ve even thought about getting some training in voiceovers…you know who you should be calling.

You can even tell her I sent you.  (….unless you’re still sore at me for locking you outside.)