One piece of advice I’ve received about marketing and self-promotion is to get out in public and show what you know. So when my friend Shawntel Landavazo at the Museum of Life and Science (Durham, NC) called to ask if I’d participate in their Hollywood Special FX Day, “Heroes, Villains, and Special Effects”, it seemed like the right thing to do. It was, too!

But be warned: demonstrating live sound effects and foley, on your feet for five hours, is physical exercise! I hadn’t thought of that. “Ready for my Icy Hot pain relief creme commercial, Mr. DeMille!”

The Museum show was a big hit, with larger-than-expected crowds. There were stuntmen doing stage combat, a pro make-up artist creating zombies, and computer SFX software developers. I spent my time showing how both recorded and foley (live to picture) sound effects made the visuals more fun to watch. I was surprised that my semi-ad-libbed flow held the attention of both kids and adults. There were a few questions about voiceovers as well. 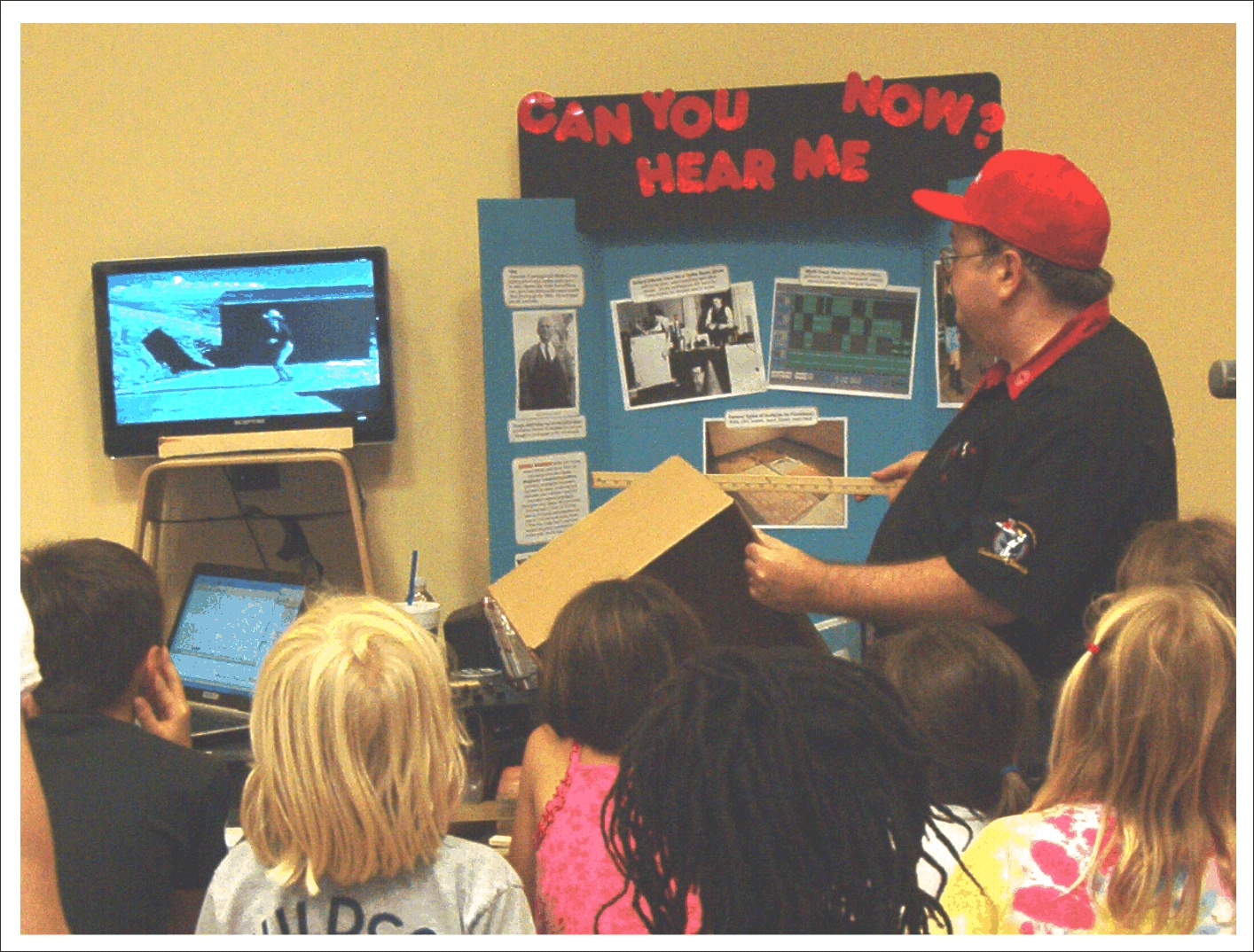 Speaking of Big Hits…the part of my routine which made the biggest hit, literally, was how to have a pistol that never runs out of ammo! Take one cardboard box, one yardstick, and careful aim. After trying to synch it to an old cowboy movie, I would offer the kids a whack at it…literally.

I’m sure there are many parents now having second thoughts about letting their kids near that crazy old guy with the cornstarch snow-footsteps, the swordfights made with kitchen spoons, and the recording of a woman clearing her throat he slowed down into a dinosaur growl.

The only bad part for me was that I didn’t get much time to check out the other presenters. But I did realize my hope of getting a picture with one of the Empire’s Best! The Stormtrooper was part of The Carolina Garrison. It’s the North Carolina/South Carolina chapter of the 501st Legion, part of a world-wide group of enthusiasts who craft their own Star Wars costumes and props, and make appearances at charity and community events with the blessings of Lucasfilm.

I didn’t get to meet their Lord Vader, but there were some very convincing troopers, a full-size R2D2, and a Boba Fett posing for pictures with kids of all ages.

It’s anyone’s guess how much this will advance my voiceover career. But it was fun having people interested in hearing what I know and how I do some of the things I do. And I’m sure it didn’t hurt anything that this was one place where the kids didn’t get told, “Don’t try this at home!”